WASHINGTON, DC - JUNE 13: A black woman marches at the head of the group of members and allies of the LGBTQ community to the White House as part of the Pride and Black Lives Matter movements on June 13, 2020 in Washington, DC. The larger official Pride events have been canceled due to the coronavirus pandemic but people still showed up to lend their support for the Black Lives Matter movement following the deaths of George Floyd and Brianna Taylor by police. (Photo by Samuel Corum/Getty Images)

Black Lives Matter: As Africans, people of the soil, we need to discern our place in society and where the efforts of pan-africanism are appreciated.. We are lost in our own humanity but yet rush to the humanity of outsiders in the hopes to appease a world that has never done the same for us from the very beginning.

George Floyd was the ‘titanic’ of a historical iceberg.

Since the death of middle-aged African American citizen George Floyd, the world was is in frenzy whilst fighting the everlasting battle of racial injustice which for many who argue, forms part of a daily occurrence especially if you are a heavily melanated being. It comes to no surprise for a number of us that we yet again bear witness to a cruel death inflicted upon a human being, a QUESTIONABLE human being of colour but yet we found ourselves having to ponder whether or not this sort of injustice would come to an end because after all, history records do show that racism in all it’s forms and ideologies took toll in how people’s identities are being prejudiced today. This has always created a slight barrier for people of colour to be seen and catered for equally like their Caucasian counterparts in a modern society that we presumed has advanced in knowledge and education.

I came across George Floyd’s video on social media a few days after it was released. Anger and sadness flooded me like a great wave and I sitting there and unsuspecting of its arrival. To see a black man screaming in pain and anxiety was the last thing I wanted and needed to see, and considering the fact that I am already situated in a country such as South Africa where the war between all races has become a tangible reality at every waking day, I surely was not in the mood of dealing with another episode of “How to Eliminate the Black Man” omnibus.

I observed in my small African space the unraveling of George’s case as it caught fire amongst a crowd of ordinary people, celebrities, social media influencers and eventually the entire world. Marches and protests became the order of the week as people from countries such as France all the way to New Hampshire took the center stage in their own respectable regions to stand against racism and the various oppression’s that African Americans have to endure in their own country. The Black Lives Matter Movement being symbolic to the narrative, took on the role as being the pillar and the voice of those who felt the sting of discrimination whether through police brutality or other unjustifiable events.

“I can’t breathe” wasn’t just a dead man’s phrase anymore but rather it became a commonality that resembled the masked pain of the average black man. 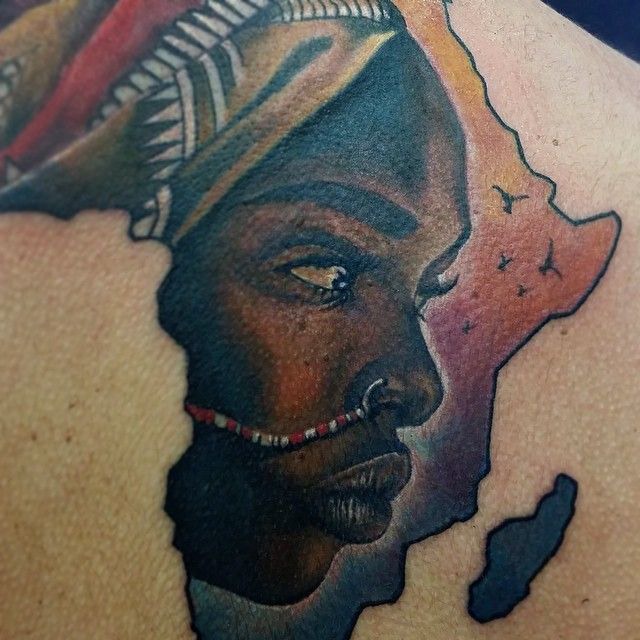 It’s about to get African!

What’s interesting for me about this entire movement as a whole was not necessarily the immorality of what is being protested against but rather the great support that this whole movement had been receiving thus far from my fellow Africans of all regions. Not so long ago the likes of Collin Khoza, a South African man who was murdered by the South African Police authorities was just another headline on the news with nobody paying respect to his great name yet we as Africans find ourselves being at the forefront of Westernized movements without us shedding a tear for our fellow neighbor.

Not so long ago, Xenophobia was the outcry of the year in our continent with people of African descent being murdered left, right and center some of which were held accountable and accused of crimes they never committed yet it was so easy to embrace them with tires on their necks whilst looking them in their agonizing eyes with no share of remorse from our part. Today we are able to say, “Black Lives Matter” like it were a concept we held in true honour, despite our soil that has soaked up the blood of which we as a black nation have spilled against one another.

It becomes even more perplexing that we seem to assume that the Black Lives Matter Movement, an AMERICAN movement if I must emphasis caters for the African diaspora, yet again it has proven numerous times that Africans of this particular continent are not part of their Americanized script, not when we are plagued with strange diseases, wars and poverty that they can’t relate too in context.

This is not to say that Africans supporting the Black Lives Matter Movement should not do so with high regard but rather I am drawn by my curiosity and perhaps worry to see the lack of regard that we hold amongst ourselves as the African Nation. I am perplexed that we have the ability to raise our fists in the air for outsiders, whom till today still consider us as being animalistic or “behind” in our ways and our culture. We are assumed to be people who live in Jungles with protruding facial features resembling that of Jane Goodall’s acquaintances yet we take on the role of showing our support to nations that have never done the same in return.

We only become useful when capitalism wants to taste the luxuries of our clothing, our food, our skin, our resources. It is when adoration is returned in favour of what is expected for us to sacrifice.

I support the sentiment behind Black Lives Matter, I just don’t support the movement of it.

As Africans we are always expected to jump to the rescue for social causes overseas but those same causes are nowhere to be found when Africans need the favour or rather the acknowledgement we truly deserve. My people, in my continent need me more because I’ve come to a realisation that Africans (black or white) are on their own with their troubles. We only have each other to uplift.

As much as I respect George Floyd as being the cause his death represents; my energy, your energy, our energy should be centered in our local affairs because truth be told South Africa is worse off.

Africa is worse off and we need to start paying attention to a continent drenched in heartache.

We are the target market of our own cries.

Pedosexuality is the new norm and here’s why Africa is the crown of it.