An open letter whispered from the silent words of a lost little girl and echoed by a woman who captures them on her behalf. 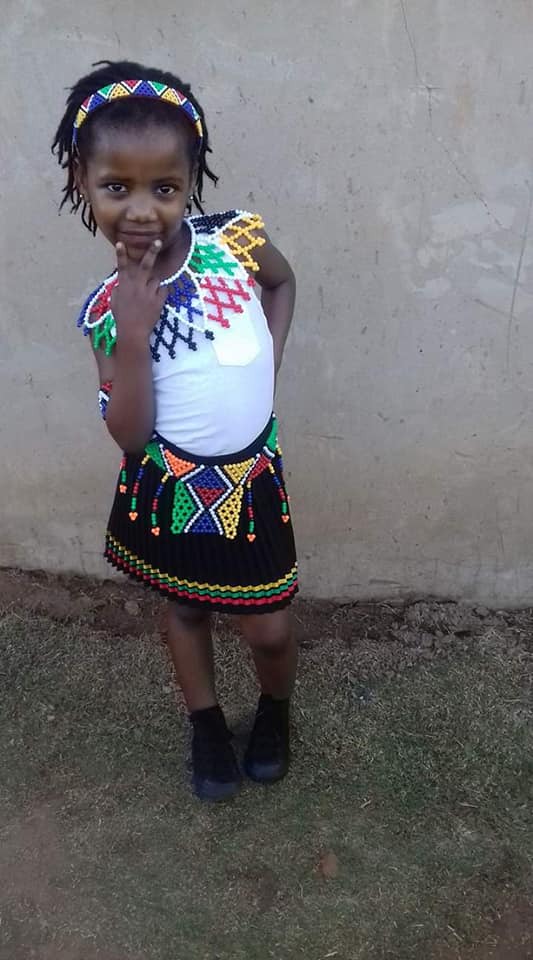 I am writing this letter to you in the hopes that it still reaches you at a disturbing time where the Corona Virus seems to be taking control over our livelihoods and how we ought to live them. This is my first time publicly writing a letter to you on my small social media platform as I lie awake at night contemplating if this would even be worth it.

Everyday, from the mornings till evenings we are constantly bombarded with the news of a biological Virus, a broken economy, hostile police forces, opportunistic politicians, corrupt officials who steal food meant for the poor and average citizens who usually bicker about nonsensical issues among themselves because nobody in this country can put a spoon in their mouths without the smallest things becoming a racial issue.

It’s tiring really but I guess I’ve personally grown acquainted to a usual bowl of soup served from what seems like a melting pot called the, “Rainbow Nation”. To the late Tata Nelson Mandela’s eyes this would have been his selling delicacy post-1994 but for many of us today the taste of this “Rainbow nation soup” resembles a poison so strong that even the Corona would bow down to its lethalities, admitting humble defeat.

My heart is in yearning tonight as I think about this little 9 year old girl in the photo by the name of Amahle Thabethe who went missing on the 4th of April 2019 at her hometown in Ekurhuleni, Tsakane. Amahle was just a little girl playing with her friends on a casual day until her and the friends where approached by a stranger man who allegedly asked the kids for directions to a place unknown.

Amahle’s friends didn’t want to help the man and therefore they went about continuing their play activities by themselves as children would, whilst little Amahle, with a spirit of being friendly and wanting to help the “lost” man accompanied him barefoot.

They walked off together with her never to be seen again till today.

I have no relations with the young girl but somehow the idiom, “Blood is thicker than water” became my living reality as my emotions trembled like that of an older sister losing her youngest cub. As a Social Justice blogger & writer I decided to get involved in helping this little girl and I did this with the little might and effort that I could by forming collaborations with organisations, individuals, civil society. We even created a March on behalf of the young girl in October 15 2019 of which Minister Bheki Cele promised to arrive, only for those words to be a familiar lyric of a person who never keeps to their word.

Mr. Ramaphosa, to say this has been one of the toughest cases to solve would be an understatement as the support we have been receiving from the SAPS and authorities involved have been minimal and sometimes very insulting to the family in pain.

It’s 1 year, 1 month later and Amahle has still not been found. No matter how many private investigators we get involved they too often seem like their losing heart as fast as a vanishing hope of a crying mother.

Amahle’s mother, Nokulunga is not doing okay and it worries me that her severe depression and anxiety could potentially lead to outcomes that are not favourable to the people that love and care for her.

Mr. Ramaphosa, as women and perhaps I speak for children too when I say we have been patient with you, walked with you, stood by you far enough.

When we stood by you, we stood with blood trickling down our legs from a Rape we couldn’t have control over.

When we were patient with you, our tranquility was usually masked with various medications, therapies, hospitals and mental illnesses that accompanied trauma’s that the Lord above would never have ordained.

As I type this, with tears on the verge of losing their grip on my eyelashes as the thought of a young innocent girl being erotically caressed by an unknown stranger in a house she is forced to call home during a lock down is an intoxicating conviction.

Whilst I silently witness your high regard for protecting us against something that is unseen, what greater impact it could have been if you protected us from sadistic beings in a society where a microscope is not needed to see the trails of blood they boastfully leave behind.